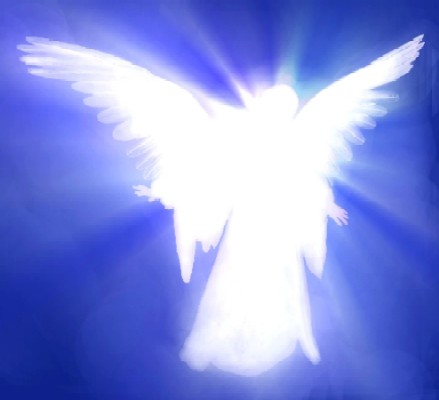 Have you ever wondered if heaven exists? What does it look like? Will you see friends and relatives and pets when you arrive?

My Father’s house has many rooms; if that were not so, would I have told you that I am going there to prepare a place for you? John 14:2

Because we are physical beings here on planet earth, it may be difficult to visualize a place of absolute peace, love and timelessness. What I have found when speaking to those who have crossed over is that love and understanding is all encompassing. No more anger, sadness or pain. Just love. In spirit we are energy, so we no longer need to concern ourselves with worries or bodily issues or travel arrangements from Point A to Point B because time is no longer relevant.

“To see a World in a Grain of Sand And a Heaven in a Wild Flower, Hold Infinity in the palm of your hand And Eternity in an hour,” – William Blake, poet

They Come to Help Us Cross Over

I was walking down a trail one day, when I heard the words, “Patricia! C’mon! What are you waiting for?!” I knew in that moment my friend Patricia was leaving this realm, and her sister was calling from beyond to take her there. I felt the lightness in my friend’s heart and saw her smile as I felt her soul depart. I sensed her death in that moment and said a prayer. Although it made me sad, I knew the pain she had experienced was over, and she would be with family again.

Stories abound of people that have had near-death experiences (NDEs). They speak of leaving the body and floating above it, then finding themselves in a peaceful, beautiful place that is almost indescribable in human terms. Similarly, people that meditate regularly can have out-of-body experiences (OBEs), which provide a glimpse of the higher realms as well.

In a 2014 study, Awareness During Resuscitation, Dr. Sam Parnia, Assistant Professor of Medicine at Stony Brook University School of Medicine, Stony Brook, New York, compiled  interviews with 140 individuals out of a group of 2,060 individuals who experienced cardiac arrest (heart attack) and lived to talk about it. The near-death experiences revolved around 7 themes including fear, animals and plants, bright light, violence, deja-vu, and family. Of that group, 2 percent either heard or saw the events involved in their resuscitation.

Crossing Over and Coming Back Cured

At age 8, Annabel Beam had experienced a rough start in life. Diagnosed with a digestive disorder at age 4, she felt unbearable pain most of the time and sometimes wished she could die just to get away from it. One day, she was sitting on a tree branch with her sister when the branch cracked. Annabel fell 30 feet head first into the hollowed-out base of the tree. She recalled seeing very bright light and found herself sitting on Jesus’ lap. Jesus told her when the firefighters arrived there would be nothing wrong with her. She asked if she could stay but was told she had to return as she had plans to fulfill on earth. When found, Annabel did not have any scratches or injuries and was cured of her illness.

Mellen-Thomas Benedict had a 1.5 hour near-death experience from terminal brain cancer in 1982. On that day, he knew he was dying so he called friends to say goodbye. He asked his hospice nurse to let his body lie there after he was gone for a period of 6 hours before moving him, and she agreed to do so. When he “died” and saw his body lying on the bed, he noticed bright lights were before him. He said, “Wait,” then asked the question: “May I talk to you before I go?” It was at this point that God allowed him to see All That Is, and showed him that everything is connected, and that there is no evil in our souls, just a lack of love.

“As I passed into the second Light, I could perceive forever, beyond Infinity. I was in the Void, pre-Creation, the beginning of time, the first Word or vibration. I rested in the Eye of Creation and it seemed that I touched the Face of God. It was not a religious feeling. I was simply at One with Absolute Life and Consciousness.” – Mellen-Thomas Benedict

Mellen-Thomas Benedict died on March 31, 2017. His 1982 near-death experience, retold in part by Deepak Chopra, can be found here: https://www.near-death.com/experiences/exceptional/mellen-thomas-benedict.html.

All Pets Go to Heaven

Will you see your pets when you cross over? Jan Price, author of “The Other Side of Death,” said you most certainly do. Price tells the story of her NDE following a heart attack, when she left her body for four minutes. The first one to greet her on the other side was her beloved Springer spaniel, Maggi, who had died a month before. The dog was younger and livelier, and the two explored the higher realms together, Price said.

“What I came to realize is that there is a love connection between the two worlds – a stream of energy that forms a heart bond between two souls that is the strongest at the time of transition. Love comes out to greet you, wearing the form that will be most meaningful to you at the time.”  – Jan Price

Gone and Back Again

Dr. George Ritchie, Jr., now deceased, experienced a near-death experience from pneumonia while serving as an Army private in Texas. He found himself walking around the medical ward. When he returned to his room, he noted that his body had been covered by a sheet. The room became overly bright and Ritchie found himself before Jesus. He was shown other realms then told to return to his body. As he was being taken to the morgue someone noticed movement in his chest. He was given a shot of adrenaline and returned to life. 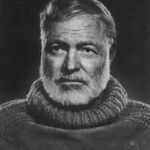 The Famous author Ernest Hemingway once included a personal near-death experience in his novel, “Farewell to Arms,” in which he described the character Frederic Henry who heard a sound, saw a flash and experienced the hot blast of an open furnace door before leaving his body. In his own experience, Hemingway experienced an NDE when he was wounded in World War I near Fossalta, Italy.

“I felt my soul or something coming right out of my body, like you’d pull a silk handkerchief out of a pocket by one corner. It flew around and then came back and went in again and I wasn’t dead anymore. … Dying is a very simple thing.I’ve looked at death and really I know.” – Ernest Hemingway

Some scientists believe that life is the illusion, and we are all connected like a giant “hologram of light.”

“Now he has departed from this strange world a little ahead of me. That means nothing. People like us, who believe in physics, know that the distinction between past, present, and future is a stubbornly persistent illusion.” – Albert Einstein, physicist, on the death of a friend.

From my research, it appears scientific studies have yet to determine the mystery around the conscious mind’s ability to transcend the physical body and function when no heartbeat or pulse can be detected, enabling the person having the near-death experience to describe in detail what is happening in the physical world (medical efforts taken to save the person’s life). Likewise, it’s difficult to explain the ability of Buddhist master monks to cease bodily functions and requirements for days while meditating. The practice, called Tukdam, allows the monks to go into a state called Ground Luminosity where they do not require food or drink and don’t move for 3 or 4 days until they come out of the meditation.

This is a psychic practice you can do with a friend. Find several objects that are small enough to hide beneath a coffee cup. Look at the objects, and hover your hand just above each to “feel them.” Now take three similar coffee cups and label them 1, 2, 3. Hide the objects beneath the cups. Move the cups around the table (like a shell game) so neither you nor your friend knows what is beneath each cup. Take turns placing your hand above each cup then writing down what you believe is beneath the cup. This exercise will help you with psychic abilities by enabling you to see beyond the physical realm.