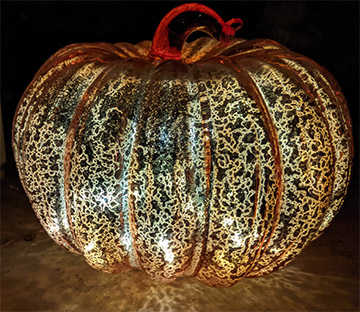 The Thinning of the Veil Between Worlds

Happy Celtic New Year! Did you get to celebrate Halloween, Samhain or All Hallows’ Eve over the past week? 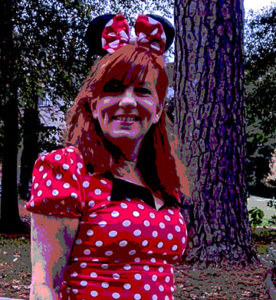 I’ve always enjoyed dressing up for Halloween. This year I dressed as Minnie Mouse, and instead of children knocking on my door, I set up a table at the end of the driveway to distribute candy in a “pandemic-safe” manner. The children are so cute in their costumes, and it seems even the adults have fun!

The origin of the Halloween tradition, with its jack-o-lanterns, trick-or-treating, bonfires and ghost stories, stems from the Gaelic/Celtic celebration of Samhain.

Samhain marks the end of the harvest season and the beginning of winter in the Gaelic tradition. Ancient Druids and witches recognize the overnight period from October 31 to November 1 as the end of harvest and the beginning of a new year. To celebrate Samhain, practitioners invite family and friends over and place food at the table, even setting aside a plate of food for a loved one that has passed away.  People celebrate Samhain by taking a nature walk, conducting a ceremonial meal, or creating an altar that could contain a cornucopia or other items representing fall such as pumpkins, squash, cider or wine. Samhain is considered a somber and private event. 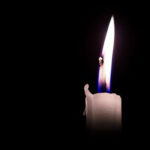 It’s believed that All Hallows’ Eve was established as a secular (religious) holy version of Samhain, which preceded All Saints Day on November 1. Beginning in the mid-19th Century, Irish immigrants brought their customs to the U.S., which included festivals and costumes marking the end of the fall harvest, and Halloween celebrations began to take root.

Depending on your perspective, Halloween may be a time for fun, a time to acknowledge those loved ones who have passed on, or a time of celebration for the beginning of a new season.

I believe the veils between worlds are thinner this time of year, making it possible for people of all beliefs to connect with loved ones who have crossed over. On October 30 (the day before Halloween), I dreamed of my dad, who passed away in 2011, as well as my cat, Pretty Girl, who died in 2019. I am pleased to report that both are happy.

I am not an astrologer; however, I have discovered the astrological importance of knowing when Mercury goes into Retrograde. Mercury travels in and out of Retrograde three times each year. When Mercury is in Retrograde, it looks like planets are “moving backward in the sky.” This planetary action can result in technology failures, delays, miscommunications and other issues. The best approach is a slow and measured one. Take your time reviewing important documents, make certain your communications are clear, and realize that setbacks occur. As it happens, Mercury went direct today, so expect life to pick up its pace once again!

The Halloween Blue Moon is significant because of its proximity to Uranus, which is a planet representing revolutionary change. Although Mercury has gone direct, you can expect personal relationships to be pretty intense over the next few weeks, according to the Astrology King.

Signs from the Angels

During this mixed-up planetary time, something truly significant happened while visiting a friend in North Georgia.

On Halloween night my guides told me to look up at the sky. The next night, which was the first night of the Celtic New Year, I remembered what they said and scanned the skies again. That’s when I saw my first moonbow. 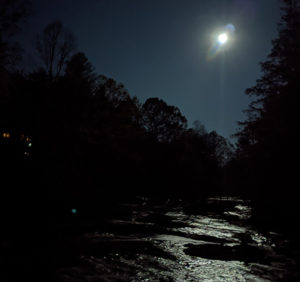 A moonbow is literally a rainbow around the moon. Quite a few factors need to be present for the phenomenon to occur: the moon is full or almost full and low in the sky, the sky is clear, there is no light pollution, and a water fall or water element must be present to create a mist to refract the light.

Some believe that seeing a moonbow is a sign of encouragement from the angels that you are on the right path. For psychics, it’s also means increased energy, which is great! 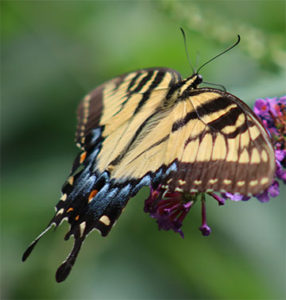 Seeing the moonbow was not my only sign of good things to come. Today, a beautiful yellow Tiger Swallowtail butterfly fluttered around me in the front yard. Tiger swallowtail represents “intuition, inspiration, consciousness,” and can symbolize metamorphosis and happiness in life.

The Heaviness is Beginning to Lift

Both of these inspiring visions offered a greater meaning to me: joy and light are available not just for me but for other people too. I believe my grandmother sent the butterfly as a message of hope. The heaviness and darkness we have experienced will begin to lift soon. Now is a time of releasing. Make an effort to keep things positive in the coming months. Consider ridding yourself of clutter and negativity, and place more focus on the things that matter – such as the comforts of home and the love of friends and family. Light a path of kindness for others to follow. Now is the time to make a positive shift in the right direction. 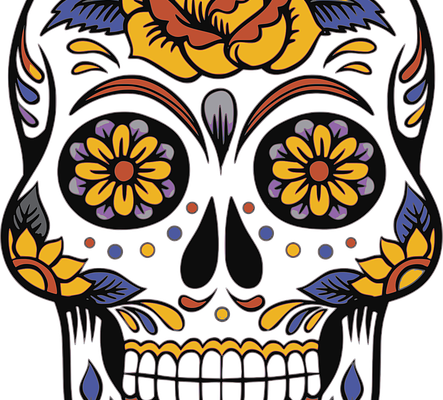 October 31st and the Thinning of the Veil Between Worlds

Halloween wasn’t always a time to give out treats to youngsters in cute costumes. Originally Halloween was known as Samhain, 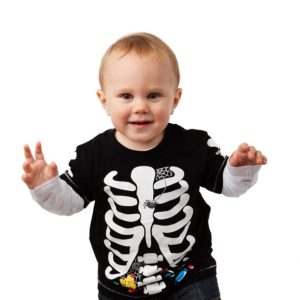 pronounced Sow-wen, and represented the end of summer on the Celtic calendar. Samhain also marked the transition between seasons as well as a “doorway between life and the season of death.” This doorway was interpreted as a thinning of the veil between worlds, which enabled people to more readily communicate with those that have passed away. The Celts would celebrate the day by adding a plate of food on the dinner table or by leaving food and drink on the doorstep outside for returning spirits.

Likewise, the people of Mexico celebrate Day of the Dead (Dia de Muertos) on October 31. It’s a way to honor and pray for family and friends who have passed away while supporting their spiritual journey.

It really shouldn’t matter what day of the year you reach out to a loved one or a pet that has passed away. However, I tend to believe Halloween does offer a magical quality, making everyone more intuitive, so they can take the leap needed to make contact with a deceased loved one.

Oftentimes, we may find ourselves wishing for one last chat, or to see that special person or pet one more time. I believe our loved ones can hear us and are able to respond in different ways.

We may be visited in our dreams, see something that reminds us of them, hear someone utter a phrase the person said often in life, show us something unique that is symbolic of the lost loved one, find pennies or feathers in our path, hear our name called in a familiar way, or smell a scent that is reminiscent of a loved one.

Pets can also visit from the other side. We may see a depression on the couch or the bed where they once rested, come across a familiar toy in an unexpected place, see someone else’s pet that looks just like the one we lost, hear a bark or a meow that sounds uncannily like the pet that has died, or simply feel the pet’s presence around us.

Does Pretty Girl Live on the Moon?

I had a recent experience regarding my cat, Pretty Girl, who died in June. I was missing her terribly and expressed an interest in seeing her again. That night I had a dream about her. I was told to rent a four-wheel-drive jeep in order to navigate a steep, rocky mountain. It was a difficult drive over bumpy, boulder-strewn roads.

When I finally arrived at the top, I saw a little white house and entered it. Once inside, I noticed an old woman sweeping her floor. Her house was spotlessly clean. I asked the woman, who must have been an Oracle of sorts, if I could see my cat again. She gave me directions, and I drove away into pitch black darkness. 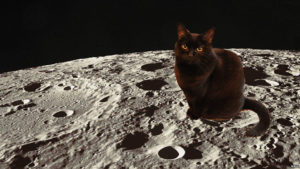 I stepped out of the jeep in a place that looked a lot like the surface of the moon. The stars were brilliant overhead. Everywhere I looked I saw contented cats lounging about, enjoying the night sky. I called Pretty Girl by name, and she came to me. I loaded her up into the jeep, petted her and told her I loved her. I woke up from the dream just as I began driving down the mountain again.
The next day, I had to go by a bank in another part of the city. There in the back of the parking lot was a black cat enjoying the afternoon sun. As the cat glanced at me, I realized she looked just like Pretty Girl, only bigger. Perhaps that was her way of letting me know she was still around?

Recently, I had the opportunity to offer psychic readings at a house party. As one lady sat before me, I noticed the presence of a large 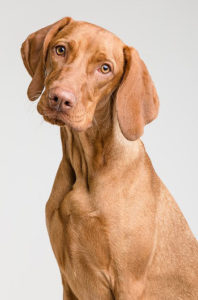 dog. I said, “What is your dog’s name?” She said, “I don’t have a dog.” I laughed and told her she could have fooled me, because there was clearly a dog sitting at her feet. She then admitted she had a dog, but he had died a couple of years ago. I told her, he was still around her, and described what I saw. She was happy to know that her dog loved her enough to stick around even after he passed away.

Honoring a Bond of Friendship and Love

As the nights get colder and the days become shorter, we may find ourselves missing the conversations and experiences we’ve had with our friends, family and pets that have passed away. The website whatsyourgrief.com suggests that moving on after a loss is not always easy. Instead, we should consider incorporating the continuing bond theory into our lives to make the loss easier to handle. Consider taking the following steps: