Tag: Learn How to Listen Clairvoyantly 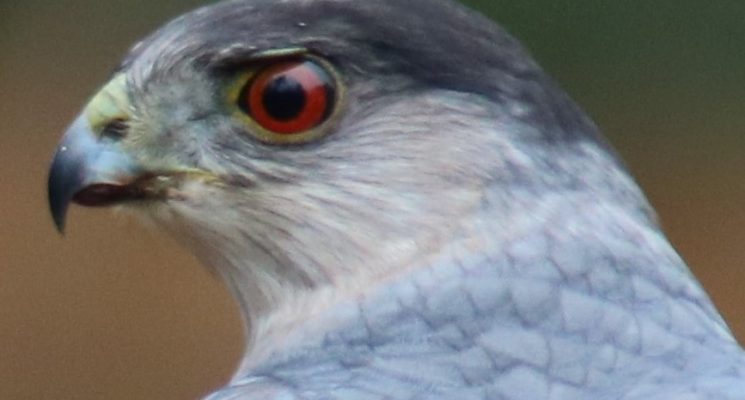 Sky Cat and Other Weird Tales from the Suburbs

Birds, reptiles, animals, fish – wild and domestic – communicate with me. For example, a dog may walk up to me and say hello, surprising the owner. I’ve served as a healing channel, which may be the reason for the connection, or they may just “know” I can communicate with them psychically, or they may remember me from another lifetime.

Recently, I’ve been having animal experiences that have been good, somewhat unsettling, and just plain bizarre.

A little over a week ago I was looking through my kitchen window and could not believe what I saw in the front yard. It was a large snapping turtle (about the size of a dinner plate).  Snapping turtles live in ponds, swamps or near water. There is no lake, pond or creek at my house, which prompted me to ask, “What in the world is a snapping turtle doing in my front yard?” 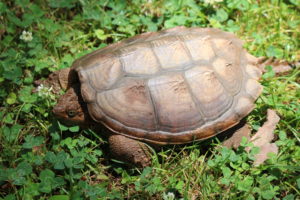 I believe he came to me for help.

I knew just what I had to do.

I grabbed a plastic pet carrier and had my partner pick up the turtle by the back of its shell and place it carefully in the carrier. I called my friend who has a spring-fed creek behind her house and asked her if I could bring the turtle over. Once I reached the creek, I set down the carrier, opened the door, and she and I watched as the turtle slipped out of the carrier and disappeared into the muddy creek bottom.

Not only did the turtle need help, he was sending a message.

According to Ted Andrews, author of Animal Speak, turtles represent the connection between heaven and earth and represent the doorway to the Faerie Realm.  The turtle helps us awaken our senses – both physical and spiritual – meaning all senses including psychic (sixth sense) become stronger. It also meant I needed to slow down so I could see the abundance around me.

I expressed my thanks for the information and began making a greater effort to become more grounded and attuned.

“Turtle reminds us that all we need for all that we do is available to us, if we approach it in the right manner and time.” – Ted Andrews, Animal Speak

Ravens have been coming around often lately. I am striving to understand them better.

Once before a reading, a raven landed in a backyard tree just beyond the back steps and cawed at me while looking down. I followed his gaze and noticed a low-lying gray cloud at ground level. I knew instinctively the cloud represented someone’s addiction, and the addicted individual had passed away. I was able to share with his dad that he was finally free of heroin.

The raven is “the keeper of synchronicity. He is the master of bending and folding time and space.” Those with the raven as a totem “seek stillness and quiet … and will bring messages for others. As a result, the spirit world uses you as a bridge to the physical world to bring forth its directives,” per Spirit-animals.com. 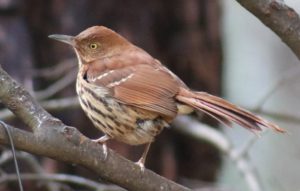 I’ve always enjoyed chatting with Brownie. One day he disappeared, and a week later, Brownie brought “Mrs. Brownie,” home to my house where they built a nest in the arbor.  I was thrilled, and before long Mrs. Brownie laid three eggs in the new nest.

A few days later, two ravens showed up and made a loud ruckus just above the nest. I also heard what I thought was a hawk.  I ran outside and said, “What the heck is going on?!” At that moment, the ravens left, the hawk left, and unfortunately, the brown thrashers left too.

I thought Mr. and Mrs. Brownie were gone for good. I was crushed as I knew the eggs would not hatch without a bird to incubate them.

I talked to the other birds and asked them to tell the brown thrashers it was safe to come home. It took a few days, but the birds returned to feather their nest.

The Battle Is On

A couple of days ago, I heard the ravens calling out again – they cawed loudly as they flew from tree to tree. I thought, “Not again!” I ran outside to investigate. I asked, “What are you doing ravens?!” At that moment, a huge hawk flew out of a nearby tree. I realized the ravens had chased it away. I heard, “We are the protectors of the realm.” I finally understood they were guarding my backyard from predators. In this case, it was a hawk looking for an animal snack.

My mom lives alone so I drop in often to say hello or help out. Last Thursday was like any other day except there was a small black kitten by the sidewalk near her front door. I looked to the left, to the right and to the front of the property. My mom doesn’t have a cat and neither do her neighbors. I thought, “What in the world is a little black kitten doing here?” Even more unusual is that kitten was in the one spot I would notice upon walking up to my mother’s front door. It is the one spot that isn’t covered with thick green English ivy. 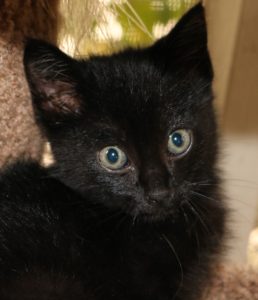 The kitten was laying flat on his belly. He stared at me and wasn’t moving. I scooped him up, and he began meowing loudly. At that moment, a large shadow passed over me. I looked up to see one of the largest hawks I have ever seen in my life as it swooped low over me and the kitten. It became clear to me the hawk was coming back for the lunch he had dropped! I ran into the house with the kitten and made an appointment to see the veterinarian later in the day. According to the vet, the kitten has nerve damage in a back leg, which is likely where the hawk grabbed it. I am hopeful his leg will heal over time.

The irony in this story is while I’ve always had a black cat, I promised my partner I would not get another one as the loss of my cat Pretty Girl last June was heartbreaking for both of us. But what if a cat drops from the sky, literally at my feet? Shouldn’t I keep it?

I looked through my mom’s video footage to see when the kitten fell from the sky. It appears he showed up 17 minutes before my arrival.

So much for promises. We have a new kitten now. His name is Luke, and he’s one lucky cat!

Clairaudience, or the ability to listen in a clairvoyant manner (clear-hearing), is an important step to becoming more intuitive.

The voice of angels and spirit guides is usually soft and clear. (Although sometimes, I’ve heard an angel shout to get my attention!) 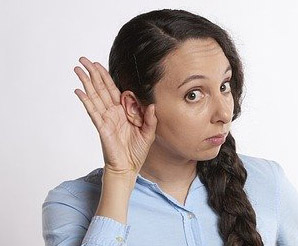 When spirit is speaking, and we are not ready to listen, we will spend time second-guessing what was heard, and the communication, as well as the meaning of the message, will be lost. However, when we are ready to listen, a whole new world of sounds will open up.

How is the development of this skill helpful? Becoming clairaudient allows you to gain a lot more insight into what the other person is NOT saying. It also enables you to hear the voices of souls who have passed as well as guidance from your spirit guides that is specific to you.

So how do you become a more active listener?