Becoming a Psychic Sleuth: Psychics Who Work with the Law

Years ago, I had a dual role: I was a news reporter by trade and a psychic who talked to the dead. When someone died due to unfortunate circumstances such as murder, oftentimes the person who died would visit me. I was able to determine how the person died and other details including information about the killer.

Sometimes, the person just wanted me to know the attacker was forgiven or suggested that someone else had committed the crime.

I still think about this one little old lady who was killed by her husband, or was she? I was brushing my teeth early in the morning when I felt a tug on my sleeve. I looked over and “saw” a petite, short, elderly woman. She looked up at me and said, “My husband didn’t do it. Tell them my husband didn’t do it.” 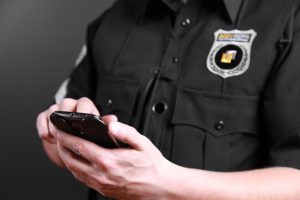 I called and asked about the man’s arrest on the charge of murdering his wife and suggested that perhaps they might want to look at someone else for the murder. It did not go over well with the officer who answered the phone. He said: “Maybe you are responsible. Perhaps we should arrest you instead!” It was clear that the officer did not want to hear my theories.

In another case, a lady in her 40s was murdered a few hours away from where I lived. I saw the killers. I saw the car. I saw the tools they used, which were in the trunk. I called the local police department. This officer was willing to work with me because I knew information which had not been released, and I lived three hours away so I couldn’t have committed the crime. Unfortunately, despite the assistance I gave, the wrong man was arrested and jailed. The officer apologized to me but said they needed to close the case.

Other times, when someone was killed and then came to me with the story, the individual did not necessarily need me to help solve the crime but wanted me to get word to the family. In those situations, I would write the family an anonymous letter, letting them know that their loved one was OK on the other side and had forgiven the attacker.

The Story of Etta Louise Smith

Etta Louise Smith used her psychic visions to find Melanie Urbe, a nurse who was missing. Because her information was so accurate, she was put on trial for murder but eventually acquitted. She later sued the police department for pain and suffering and won her case.

When possible, psychics use a photo of the victim and work with family members and police to locate a missing person. UK psychics Diane Lazarus and Tracy Higgs have had success finding the bodies of those that have died tragically and work with police and family members to solve the crimes.

In response, the College of Policing (governing officers in England and Wales) issued guidelines in 2015 that information about a case received by someone with ESP can be used but should not “become a distraction unless it is verified.”

We See Them. We Hear Them. But Where is the Body?

Psychics see visions (like a brief clip from a video), receive impressions (smell the earth, see leaves and glimpses of people and expressions), hear words from the dead and “feel” how they died (a sharp pain in the chest, a stomach ache, choking sensation, etc.), but may not always be able to pinpoint the location where the body can be found.  I am one of them. The night 18-year-old Justin Gaines disappeared in Gwinnett County in 2007, I “saw” him being offered a ride and getting into a car with two men who then headed north on I-85. I let his mother know via a mutual friend that I was sorry, but he had been killed. The feeling was so strong, I actually went out looking for his body along the highway and around the Lawrenceville area immediately after he disappeared. I never did locate his body (probably because they moved Justin after they killed him). His story remains a cold case today. https://www.ajc.com/news/local/now-been-years-since-gwinnett-teen-justin-gaines-disappeared/Vbl3QRbE4hmzJjCpw9ig6L/

Another time, there was a three-year-old who had wandered away from his family and was lost in the North Georgia Mountains. I “saw” him, on the side of the mountain, shivering and cold and covered in leaves but most definitely alive. I knew he would be found. That night, a large number of volunteers canvassed the mountain and discovered him buried in leaves in a natural depression. The discovery gave me hope that all missing persons cases don’t necessarily end badly.

Attorney and author Nancy du Tertre has worked with police departments to solve crimes and has used remote viewing techniques to observe “alien” cultures.  She believes back and forth feedback is the key to solving crimes, stating that a psychic receives an impression, then gets confirmation or disconfirmation on the impression by the authority, then receives more information and so on. She said psychics should be used as an investigative tool.

By making psychics the choice of last resort, law enforcement may be foreclosing the possibility of solving cases.  Evidence has disappeared or been moved, and witnesses have died.  I have been able to offer police psychic information that confirmed (or suggested) various investigative leads, such as the names or descriptions of suspects or witnesses to the crime. On a couple of occasions, when asked to try and locate the body of a homicide victim, I was able to identify the exact location (and usually the only location) where police had excavated or dredged to find the body.” – Nancy du Tertre

Star Gate and Agent 001: Remote Viewing and the CIA

The use of psychics is not limited to local law enforcement either. The U.S. government had been using psychics since the 1970s to determine what its enemies are doing, using a process called remote viewing. In a recently declassified document from 1995, the CIA described a $20 million program called Star Gate, which employed scientists using parapsychology to determine military intelligence in places like Libya. The CIA director at the time chose to discontinue funding of the program because it didn’t provide enough “actionable intelligence.” When the U.S. government ended the program, it’s director, Dr. Edwin May, found renewed interest in remote viewing from Luis Portela, a large pharmaceutical manufacturer in Portugal, who had created the international non-profit Bial Foundation (bial.com) to address health through science-based research. Additionally, grant funding is provided by the Bial Foundation for research of the mind including parapsychology studies. Dr. Edwin May’s published works including a series of books on the Star Gate program, are available online. 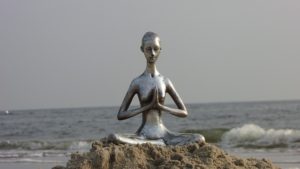 As human beings we tend to discount the importance of breathing deeply. In fact, we really don’t think about breathing at all unless, of course, we are struggling to breathe. However, your breath is a natural tool you can use to meditate and reach a higher state of awareness.

You will want to sit comfortably to do this exercise. Deep breathing should be in three parts using your stomach, your chest and your throat to inhale deeply. As you inhale through your nose, expand your stomach, then your chest then bring the breath up into your throat. Then hold that breath for a count of four. Then breathe out through your mouth – and I mean all the way out as far as you can go –  pushing in your stomach muscles so they feel like they are hard and pressed against your rib cage. Count again to four before beginning the next inhalation. By focusing on your breath (the process of inhaling and the exhaling), wayward thoughts eventually fall away. Practicing this simple technique for five minutes every day will not only improve your health by lowering your blood pressure and oxygenating your body, it is the beginning of a meditation practice that will bring you into better alignment with your higher self.

Live Intentionally and Change Your Life