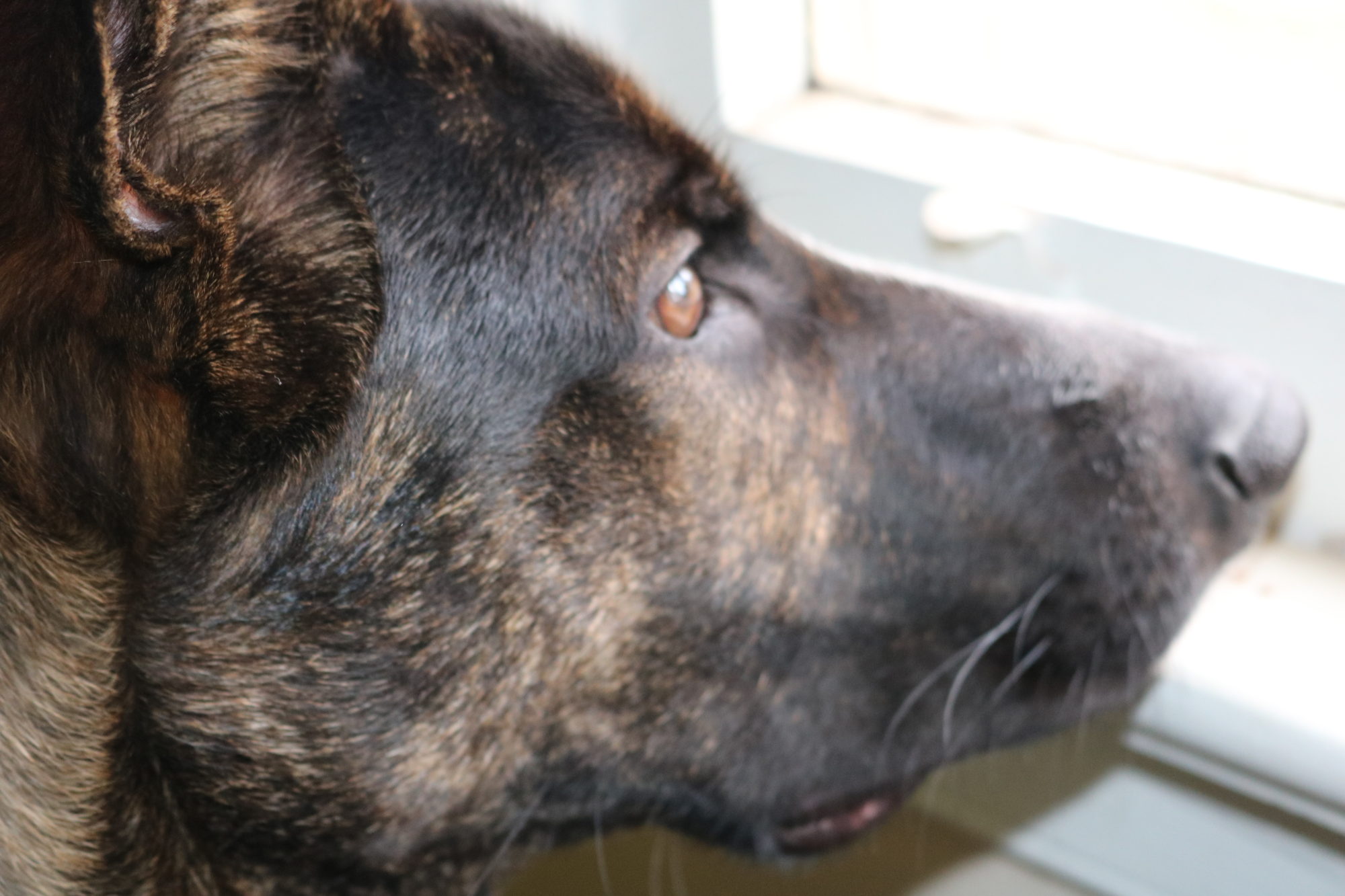 Is My Pet Telepathic? Science Proves Animals Understand More Than We Realize

If you are a pet owner, you may find your pet seeking your attention persistently before a major storm hits, when you are physically ill, or when you are feeling blue. Is your pet’s response a result of his or her connection to you or is it something that can be explained through science?

Scientific Proof: Animals Know When an Earthquake is Coming

Mitsuaki Ohta, a professor in the Department of Animal Science and Biotechnology, Azabu University Graduate School of Veterinary Science, Japan, conducted a study and survey in 2012 involving unusual animal behaviors (UABs) prior to an earthquake. About 1/3 of pet owners surveyed said their pets began acting strangely about 24 hours prior to an earthquake. Unusual dog behaviors included barking loudly, acting panicky, hiding or biting the owner. Cats acted restless, meowed constantly, climbed a tree or disappeared.

One reason for the reactions may be due to a heightened sense of smell and hearing, officials said. Animals may sense environmental changes we as humans cannot including: “changes in atmospheric pressure, changes in gravity, ground deformation, acoustic signals and vibrations due to the generation of micro cracks, ground water level changes, and the emanations of gases and chemical substances.” What the study did not explain was the change exhibited by cows, which generated less milk approximately one week before the earthquake hit.

If you have ever been in a tornado, you know its coming by the way the air feels (heavy and electrified), the way the sky looks (yellow and green with dark patches), and the distinct lack of outside sounds (birds stop chirping and the air is still). 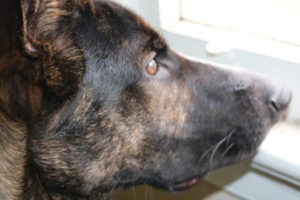 Once while living on a mountainside in North Georgia, I was lucky enough –  or unlucky enough – to live through a tornado. What amazed me the most however, was the reaction of my dogs. I knew the tornado was almost upon us, and I had to move the dogs quickly from their pen to the basement. Being outside dogs, they had never been in the basement. I opened the gate, pointed, and said, “Go to the basement!!” Four dogs ran to the back door and into the basement without delay. It was a good thing as the pen they were in was destroyed by the tornado. To this day I believe the animals knew well before I did that a massive storm was about to hit, and they needed to take cover.

It’s not just dogs that know a storm is coming either. A group of scientists recently tracked a tiny perching bird known as the warbler. 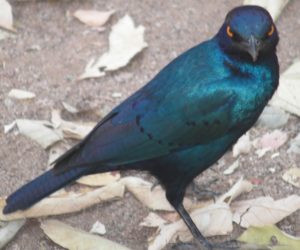 Transmitters were placed on five birds, which were living in nests on nearby breeding grounds. During the course of the study, a tornado popped up on the radar. The birds had flown almost 1,000 miles away to avoid the storm 24 hours before it happened.

The Honeyguides of Mozambique

The Yao people of Mozambique have a special relationship with a little bird known as the Honeyguide. When the Yao honey hunters begin their search for honey, they emit a unique trilling sound. The sound alerts the wild birds which, “fly from tree to tree, calling and leading the person on, until the team reaches a bees’ nest,” according to a 2016 National Geographic article.  Both parties benefit: the Yao people locate honey quickly, and the birds get a piece of honeycomb as a reward.

Washoe the chimpanzee was raised by researchers who taught her sign language as well as human behaviors such as dressing herself, playing games and brushing her teeth. Washoe was upset because one of her caretakers had been away for a while. The caretaker, Kat, decided to tell Washoe the truth about her lack of visits. She signed to Washoe that her baby had died. In response, Washoe “peered into Kat’s eyes and signed CRY.” 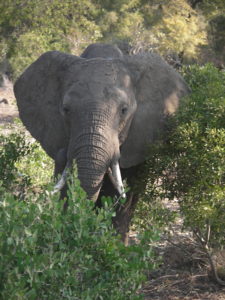 Another story shows us that its not just chimpanzees that understand and experience grief. There is the story of the author and conservationist Lawrence Anthony, also known as The Elephant Whisperer.  Mr. Anthony had lived on the Thula Thula game reserve in South Africa where he worked to save wild, rogue elephants from certain death. On the day Mr. Anthony died, his son described how two herds of elephants traveled 12 hours through the bush to pay their final respects. “They had not visited the house for a year and a half … They all hung around for about two days before making their way back into the bush.” How did the elephants know their friend had passed away? Were they paying their final respects to the man that saved them?

Cat Magic: The Story of Oscar

There is also the story about Oscar the Therapy Cat. Oscar is a rather unfriendly cat that lives at Steere House Nursing and Rehabilitation Center in Providence, Rhode Island. In his time there, Oscar has predicted 100 patient deaths at the facility. He lets the human caregivers know by napping next to the person on the patient’s final day. Once hospice staff see Oscar by a patient’s bedside, they contact family members so they can say goodbye to their loved one. Does Oscar smell a chemical emitted by the person when he or she is dying, as scientists suggest, or is he intuitive? No one is certain, but the hospice workers have expressed gratitude for Oscar’s help.

Dogs Know How We Feel

Science has come around to proving what most dog owners already know: pets respond to the way we say something as well as how our physical expressions (facial cues) change when we say it. In a study conducted by specialists in the UK and Brazil, 17 dogs were shown pictures and were then played sounds. The combination of the two modes of communication allowed the dogs to match the sound to the picture.

“Our study shows that dogs have the ability to integrate two different sources of sensory information into a coherent perception of emotion in both humans and dogs. To do so requires a system of internal categorisation of emotional states. This cognitive ability has until now only been evidenced in primates and the capacity to do this across species only seen in humans.”

No Time for Second Guessing
Years ago, I was home from college for the weekend when our family dog, Callie, looked at me with a sad expression. At the time it sounded like he was saying, “I am having problems with my ears.” I went inside the house and asked my mom to take him to the vet. “I think he is having trouble with his ears,” I said. It turns out Callie had an ear infection that was soon cleared up with medication.  The motto of this story: if you think your pet is trying to tell you something, take the time to listen and respond.

This psychic test involves you and your pet.

Take five minutes in the mornings and the evenings to pet your dog and give complete focus to the dog’s feelings. Even better – get on the floor so you can see eye-to-eye. Look into your dog’s eyes, scratch his head and let him know you love him.  Then ask him how he feels.

Sometimes there may be no answer. Other times you may receive images or hear words that appear to be spoken inside your head. Work with your dog until you feel you have reached a point where you can communicate.

Another way to determine if your pet is telepathic: call his name inside your head and visualize his face. Ask your pet to respond in a certain way to indicate he hears you.

If your pet was a recent adoption through a shelter, you may want to know more about his history. Ask him about what he remembers, whether he is in pain, did he lose brothers and sisters and is he sad? By keeping communication simple, it will help you and your pet communicate at a much higher level.

Animal Signs and Totems: What Are They Telling You?