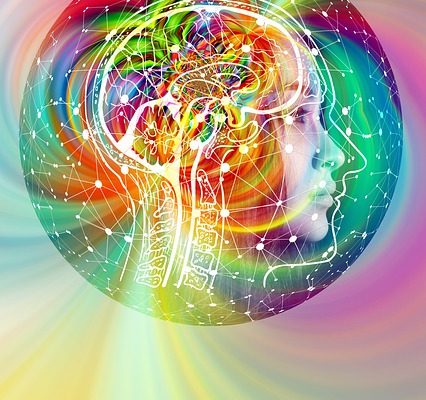 Listening to Your Intuition

Have you ever felt like you barely missed a traumatic incident? Perhaps you chose not to take a particular flight, or you stepped away from the curb just before a car swerved towards it. Maybe you decided at the last minute not to go somewhere only to find out later that the location was the scene of a fire, a robbery or a shooting?

Warnings Can Start in Your Belly!

According to Judith Orloff, a psychiatrist at UCLA, you receive warning signs in your body that something is wrong including icy hands or feet, pain in your gut or your chest, nausea or a feeling you need to be on “high alert,” fatigue/tiredness or a headache.

One thirteen-year-old girl felt cold air when danger walked in. She and her sister were shopping at a pet store when she saw a man walk in the store. The girl became terrified when she looked at the man, grabbed her sister and joined her mother who was shopping at the grocery store across the street.

“Turns out, the minute we left the store the man attempted to rob the place and even shot the cashier. Ever since then, I’ve always listened to my gut.”

Years ago, my mom was waiting at a stop light at an intersection she traveled through on a regular basis. As she sat there waiting for the light to change from red to green, she was suddenly overcome with the urge to run the red light, which she did. Please understand my mother obeys the traffic laws and does not run red lights. About a minute later, a small plane crashed in a nearby yard, the pilot was killed on impact, not far from that very traffic light.

One young Canadian man tells the story of his adventure (and near miss) backpacking across Asia. He was planning on 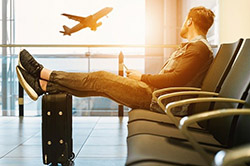 returning home to Canada with side trips through Indonesia, Malaysia and Istanbul when he described having a sickening feeling in his gut. He canceled his flights and changed his itinerary, returning home five days earlier than he had planned. When he landed in Vancouver, he received anxious texts from family and friends concerned about his planned arrival in Istanbul.

“Little did I know that as I was on my flight from South Korea to Vancouver, the international part of Istanbul’s airport was attacked by terrorists,” he said. “I checked the times of my old flights and I would have been there at the time the attack happened. Forty-five people died and over 200 were hurt.”

Which is It – Intuition or Gut Instinct?

Intuition is “the ability to acquire knowledge without recourse to conscious reasoning,” per Wikipedia. While intuition and gut instinct appear similar, there is a slight difference. Gut instinct is purely physical. Intuition is an inner knowing that can be felt throughout a person’s body as a physical response as well. For example, when I sense something very specific about a client on a psychic level, my entire body will tingle, which tells me the insight is very much on target, leaving no room for doubt. Likewise, intuition does not require proof to back it up.

Could Intuition Be Science-Based?

Our eyes and higher mind take in a lot more information than we realize, recognize the patterns in it, then store the blocks of information formed (a process called chunking) to recall later as needed. In this manner, our instincts may recognize something out of place in a situation before the conscious mind catches up. In “The Science of Intuition: An Eye-Opening Guide to Your Sixth Sense,” Annie Murphy Paul says human eyes have the capability of seeing something that is displayed for just 33 milliseconds (such as an expression of fear) – which is too fast to register on the conscious level. It’s an ability that has been hardwired into our anatomy since the creation of mankind.

“When our ancestors confronted strangers, those who quickly discerned the newcomers’ feelings and motives were more likely to survive.” – Annie Murphy Paul

Because your intuitive mind registers things faster than your conscious mind can see it, the body may expel dopamine neurons, giving you “the jitters,” to warn you something (such as a speeding truck) is headed your way. The key is to tune in to your body and recognize those feelings as they happen.

“Living more intuitively demands that you’re in the moment, and that makes for a more passionate life.” – Judith Orloff, PhD, author of Second Sight

The Best of Both Worlds: Learning to Trust Your Gut

Whether it’s an intuitive feeling or a gut instinct, you can determine its value by combining intuition with your linear mind to decide on the appropriate course of action, Orloff says. She suggests you pay attention to five categories of reactions:

Take the Time to Improve Your Intuition

Life offers good times and challenges, that’s why it’s important to operate with all of our senses. The greater our awareness of ourselves and our environment, the more likely we will be able to roll with the changes we face. Here are some suggestions from Mind Body Green on ways to improve your intuition:

Learning to trust yourself rather than overthinking things in a given moment is the first step to becoming more intuitive. Likewise, listening to your gut instincts can change your life or save your life depending on the situation.

Improve Your Health by Increasing Your Happiness