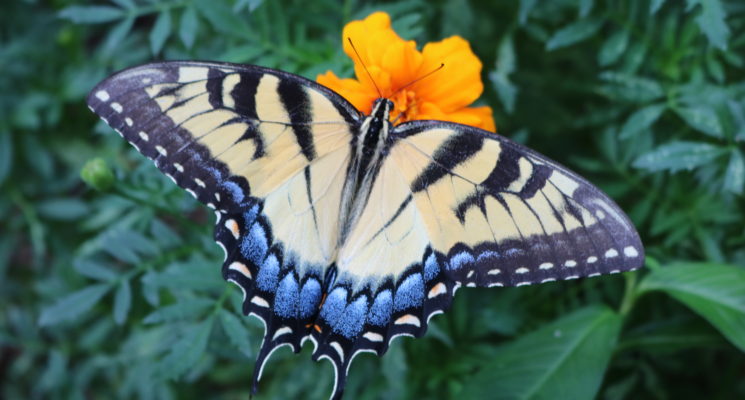 Messages of a Hope in a World of Hype

Spring can be a time of new beginnings – the days seem longer, seedlings shoot up from the ground, birds feed new flocks of young, the temperature gets warmer, and the sun seems to shine a little brighter. For many, Spring represents a time of hope and positive change.

Hope springs eternal in the human breast: Man never is, but always To be Blest. – Alexander Pope, An Essay on Man, 18th Century English Poet

There are those, however, who are unable to embrace this time of renewal. Feelings of hopelessness may arise from tragedy, illness or loss. Rather than surrender to the feelings this state of being may provoke, consider acceptance of where you are right now. If possible, find the humor in the moment. 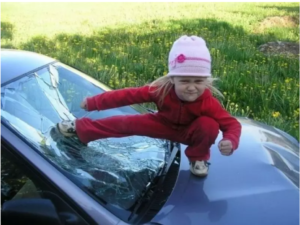 Mind Body Green suggests the following tips to get out of a negative mindset so you can move forward.

When these options fail you consider working out, looking up instead of down, smile even if you don’t feel it (fake it until you make it), watch a funny movie, realize your present state of being is not forever, and don’t believe that you are cursed (your wishes will be answered if you do!). Above all, find a way to be grateful, even if it’s just a simple thing. Find the special quality within a moment.

If you’ve tried everything and nothing seems to change consider reaching out to someone else. Talk to a friend, a psychic intuitive or a counselor. It’s OK to get help.

Social Media Can be a Blessing and a Curse
Social media shows us images of the best of what is around us. It makes us feel connected to family and friends and acquaintances. Friends share photos of marriages, vacations and fun times, and we congratulate them on their success. 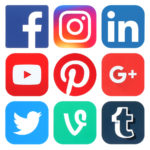 Conversely, images from social media can cause depression and feelings of social isolation. Consider putting down the phone and shutting off the computer. Step outside and sit in the sunlight or take a short walk instead. According to Healthline, sunlight increases the release of serotonin, helps prevent certain types of cancer, improves skin conditions, and provides Vitamin D (for strong bones) and Vitamin C for health.

Don’t Give Up: Stories of Success from the Seeds of Failure

Famous people did not always start out that way. There is something to be said about being tenacious and determined in the face of failure. 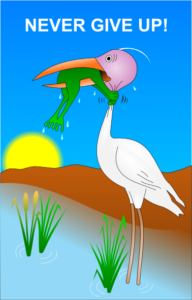 Actor Jim Carrey and his family hit rough times after his father lost his job when Jim was 14. They lived on a relative’s lawn in a VW van for awhile just to make ends meet. Jim decided to take his comedy show on the road when he was 15. He failed, but he kept on trying. He parked on Mulholland Drive in Los Angeles and visualized success. He wrote a check for $10 million on a specific date for “acting services rendered.” Just before that date, he found financial success with his first movie.

Oprah Winfrey was sexually abused growing up. She became pregnant and lost a baby following birth at the tender age of 14. Instead of dwelling on life’s misfortunes she used her intelligence to excel at school, gain a full scholarship to college, then she worked her way through news anchor jobs until she could establish her OWN network. And the rest, as they say, is history.

Novelist Stephen King and his wife were determined to make it as writers. He borrowed clothes from friends. They lived in a trailer with no phone. His circumstances did not stop King from pursuing what seemed like an impossible goal. After receiving many rejection letters, he finally received a check for $35 for his first story. Then he received a small advance for the book, “Carrie,” which was subsequently picked up by Doubleday Publishing. His first check for paperback rights? $200,000. 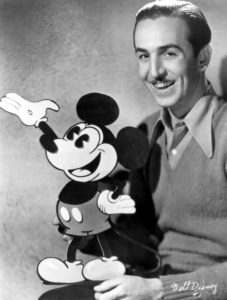 Walt Disney was fired from his first newspaper job because he “lacked imagination and had no good ideas.”

“All the adversity I’ve had in my life, all my troubles and obstacles, have strengthened me… You may not realize it when it happens, but a kick in the teeth may be the best thing in the world for you.” – Walt Disney

Thomas Edison realized that failure was not an option. After all, it took him 10,000 tries to invent the light bulb.

Abraham Lincoln failed at business twice and lost multiple congressional races. Adversity and loss did not stop him, and he became the 16th president of the United States.

“I walk slowly, but I never walk backward” – Abraham Lincoln

When my dad had his own business in sales, he had two items on his desk that were taped to the desk lamp behind his phone. One was the image of the frog strangling a bird that was gobbling him up with the words “Never Give Up.” The other was a business card that had the words: Keep Smiling. Even when sales were down, my dad kept his focus where it needed to be – on the positive – because he knew that adversity was temporary and things would be better again.

A note from the author: As I was writing today’s story a blue and black butterfly flew around my backyard (first sighting this year!). It’s just nature’s way of letting me know it hears and supports me! I hope you are enjoying Spring! 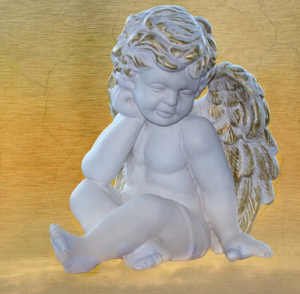 Have you wondered if you have angels around you or someone else? Do you see them? Hear them? Feel them? It is my belief that Angels are assigned to us at birth to provide assistance when we need it IF WE ASK. Later in life, our relatives who have passed on may also take on the role of Angels in our lives.

Angels can connect in a variety of ways: Hearing (Clairaudience), Pictures and Images (Clairvoyance) and Knowing (Claircognizance).

How to Connect with Angels

Answers may be symbolic like a mini movie inside your head. You may hear bells or the rush of wind. You may feel something brush against your cheek, or you may hear words.

For more information on how to talk to angels, please visit: https://www.myangelsandme.com/questions-to-ask-your-angels.

Ghostly Experiences: What Should You Do?