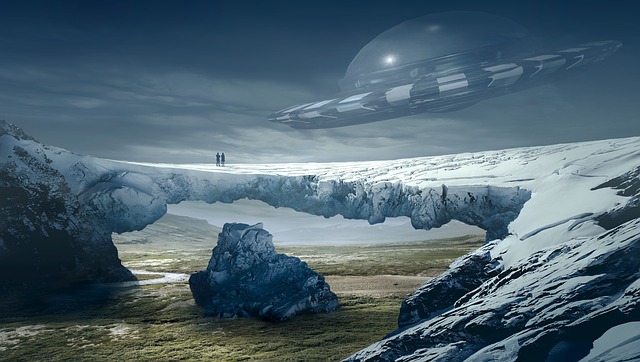 UFO Activity is on the Increase Around the World

Have you ever seen a UFO? Did you shrug it off thinking your eyes were just playing tricks on you, or perhaps it was a sun flare, a meteor, or a military aircraft being tested? There’s a good chance that what you really saw was an Unidentified Flying Object.

There have been many UFO sightings over the last couple of years. UFOHunters.com has tracked 196,097 on an interactive map. United States UFO hotspots have been reported in Florida, (Atlanta) Georgia, New Jersey, Maryland, Massachusetts, (Houston and Dallas) Texas, (San Diego) California, (Chicago) Illinois, Connecticut and elsewhere. 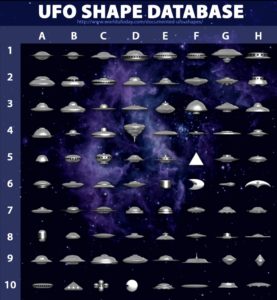 In Connecticut alone, there were 93 reported sightings in 2018 and six so far this year. A Southington, CT resident reported seeing a silver “triangular shaped object” rapidly descending to the ground along Route 84 at 6:30 in the morning. He estimated where he thought the object landed but there was nothing there. “Kept looking for any orange glow and or smoke but nothing.”

One man reported seeing a UFO while pumping gas at a Sandy Springs, Georgia, Kroger store in June 2018. (I’ve been to this Kroger Store!) He was surprised to see a uniquely shaped object hovering over nearby trees and buildings, saying “nearly as quickly as it appeared, it vanished again into thin air.” He filed a description of the event on MUFONSM, which claims to be the world’s “oldest and largest civilian UFO investigation and research organization.”

Another renowned research organization, FREE (The Dr. Edgar Mitchell Foundation for Research into Extraterrestrial and Extraordinary Encounters) conducted a three-tier public study in 2016, reaching out to people via social media, radio, magazines and websites.  The results were interesting. More than 2,000 people who responded to the survey reported seeing a UFO, and 1,390 had seen a non-human intelligent being (NHIB). Approximately 85 percent of those who had seen an NHIB said the experience was positive, while 71 percent felt that they experienced expanded consciousness as a result.

Study participants indicated that they were either missing time or had extra time (meaning they arrived at their destination more quickly than expected).

The National UFO Reporting Center (www.nuforc.org) maintains a database of all sightings. The organization provides a summary description of all sightings by state, year and date.

UFOs Have Been Visiting Us Since Ancient Times 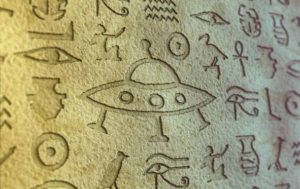 “The Temple of Seti I at Abydos has a hieroglyphic panel that bears symbols resembling a helicopter, spaceship and jet planes. These hieroglyphic panels were made three to five thousand years ago, when man had no idea about these modern-day vehicles.” – Kim Jones, proofofalien.com

The first U.S. sighting of a UFO was made by pilot Kenneth Albert Arnold on June 24, 1947 on a clear day north of Mt. Rainier in Washington state. He was 9,200 feet in the air when he saw what looked like bright flashes. Upon closer inspection he noticed a series of saucer-like shapes. He tracked their movement and determined they traveled 50 miles in just under 2 minutes or approximately 1,200 miles per hour. Read his story here: https://en.wikipedia.org/wiki/Kenneth_Arnold_UFO_sighting.

UFOs in Georgia: My First Experience

My own interest in UFOs began when I was a news anchor for a small radio station in North Georgia in the mid-1990s. One day, a young girl and others in her community called the radio station to report a UFO flying over the area. Click here to hear the radio story. What I did not report as part of the story was that a number of planes were dispatched from Dobbins Air Force base in Marietta, Georgia (approximately 60 miles away) shortly after the UFO was sighted. After I heard the planes overhead, I called Dobbins Air Force base for a comment. To my amusement, an Air Force spokesman would not confirm that they dispatched jets to chase a UFO, only that the jets caused a sonic boom. 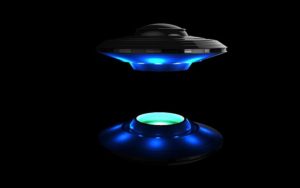 In the late 1990’s, I was traveling with a friend on Interstate 4 in Florida (between Daytona Beach and Orlando) when we spotted a series of seven silver discs flying in an intricate pattern as we traveled west. The unidentified flying objects flew in formation along the Interstate for approximately 45 minutes before disappearing. The unusual activity caused a serious slowdown in westbound traffic as people watched what was taking place in the night sky! I was not able to take a photograph or video of what I saw, but I will never forget it.

George Van Tassel, known as the original space channeler, learned about aliens when he visited what he claimed to be a Venusian spaceship. He moved to the desert and established the first UFO meeting center in 1947. He became known for his ability to channel a group of extraterrestrial beings called Ashtar, later called Ashtar Command. Mr. Van Tassel passed away in 1978 just weeks before he was to unveil Integraton, a formula designed to assist people with time travel and human longevity.  https://www.exopolitics.org/tag/george-van-tassel/Integration.

One of the first people to claim that extraterrestrials walked around our planet was Ruth Shick Montgomery, a well-known news journalist from the Nixon era. Following her retirement from her news career, Mrs. Montgomery began channeling information on the topics of extraterrestrials and reincarnation into a series of books including Aliens Among Us and Companions Along the Way. She also spoke of a term she called Walk-Ins, which are extraterrestrials that inhabit the body of someone who is ready to depart, a type of soul exchange.

Today, there are a number of channelers who provide insights from extraterrestrial beings and angelic beings. Here are a few well known channelers:

Share
Psychic Fun: Meditate to Open Up Your Awareness

One of the best ways to improve psychic awareness is to take time to sit in silence. Use a timer and set it for 10 minutes then just sit. Don’t fight thoughts just let them fade and focus on your breath. Breath in equals new energy. Breath out means breathing out your cares and concerns. Essentially creating a new you with every breath. If your mind begins to stray focus on the in and out breaths. 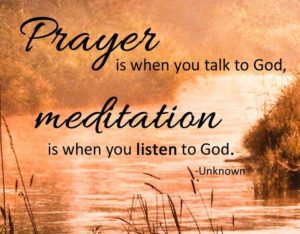 What does silence mean? Silence means allowing your thoughts to flow through rather than focusing on them. Also, if you are sitting outside, try to refrain from judging things around you while you are sitting in silence. What do I mean by that? If you are sitting outside and you notice a bird, don’t name the bird. Just look at the bird. If you feel a breeze on your face, don’t say, “What a delightful breeze.” Just feel the breeze. Sitting in silence will allow you to experience the present moment in all of its multi-layered wonder.

Eckhart Tolle, author of A New Earth: Awakening to Your Life’s Purpose, says it best:

“Silence is Golden; it has divine power and immense energy. Try to pay more attention to the silence than to the sounds. Paying attention to outer silence creates inner silence: the mind becomes still. Every sound is born out of silence, dies back into silence, and during its life span is surrounded by silence. Silence enables the sound to be. It is an intrinsic but unmanifested part of every sound, every musical note, every song, and every word. The unmanifested is present in this world as silence. All you have to do is pay attention to it.”

Above all else, be patient with yourself. Good luck!